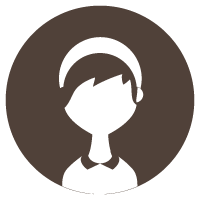 After being married for ten years, I knew that I wanted out. My spouse and I had grown apart, and our kids were getting used to listening to daily arguments. I wanted things to change, but at the same time, I wanted things to change for the better. I started looking for a divorce attorney that could help me to end things amicably, and I found a great lawyer who charged a fair price. After listening to my side of the story, my attorney talked about ways to end things peacefully. With his help, I was able to separate our finances. This blog is all about working with your lawyer to end your marriage.

If you're a parent who is going through a divorce, you may find yourself having to fight to get custody of your child or children. Having a child custody attorney on your side is essential to maximize your chances of being granted custody.

The following are six things to keep in mind when you hire a child custody attorney.

Your child custody attorney's job will be easier if you avoid confrontation with your spouse.

Conflict between you and your spouse is never good when you're trying to resolve divorce and custody disputes. Ideally, you'll want to be able to amicably work out a child custody arrangement. Don't put yourself in situations where interactions with your spouse are likely to descend into confrontation.

Being careless about social media posts could make it harder for your child custody attorney.

In a highly contested child custody case, there are many types of information that your spouse and his or her attorney can use against you. A lot of divorcing spouses don't realize that even social media content could potentially be used against you in a child custody dispute.

Make sure that you don't vent about your divorce on social media or post any social media content that your spouse's attorney could use to present you as an irresponsible parent.

Your attorney will need to show that it's in your child's best interests for you to be granted custody.

Child custody is granted according to the best interests of the child. This means that you need to show how your child benefits from having you in their life and living with you in order to be granted custody.

It's important to show not only that you are financially secure enough to support your child, but also that you have enough free time available to take care of your child.

Your attorney can't automatically win custody for you just because your child prefers to live with you.

In most child custody cases, a minor child does not get to decide who he or she will live with. This means that you can't expect your attorney to easily win you custody just because your child has stated that he or she wants to live with you.

Your child custody attorney can't speed up the process.

Unfortunately, child custody cases take time. While the time frame for resolving child custody disputes varies by state, you can expect your case to take at least a few months. There is nothing your child custody attorney can do to speed up the process.

It's important to prepare for any child custody hearings that you attend with your attorney.

It's best for you to show up prepared whenever a child custody hearing takes place for your case. Dress professionally and be sure to have all the documents your attorney instructs you to bring when you go in for your hearing.